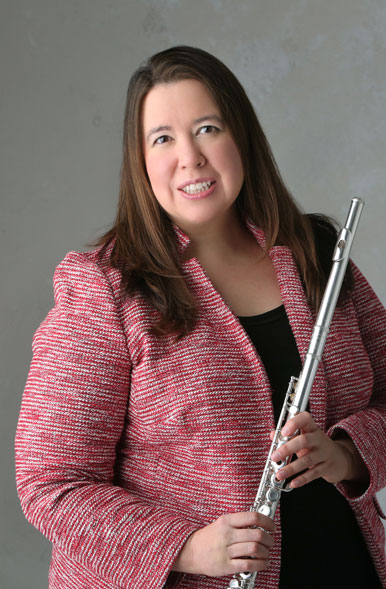 Dr. Webster was awarded UMKC’s Graduate Woodwind Quintet Fellowship and performed with that group for three years. She was also Co-Principal Flute of the UMKC Conservatory Orchestra, Chamber Orchestra, and Musica Nova. While at the Conservatory, Dr. Webster also won the Conservatory’s Concerto/Aria Competition, twice. Dr. Webster has performed with the Kansas City Symphony and has concertized with harpist Tabitha Reist Steiner and pianist Ya-Ting Liou. She was the instrumental winner of the 2000 Naftzger Young Artist Competition, and in 2005 was the winner of the SAI Scholarship Competition and the Kansas City Musical Club Scholarship Competition.